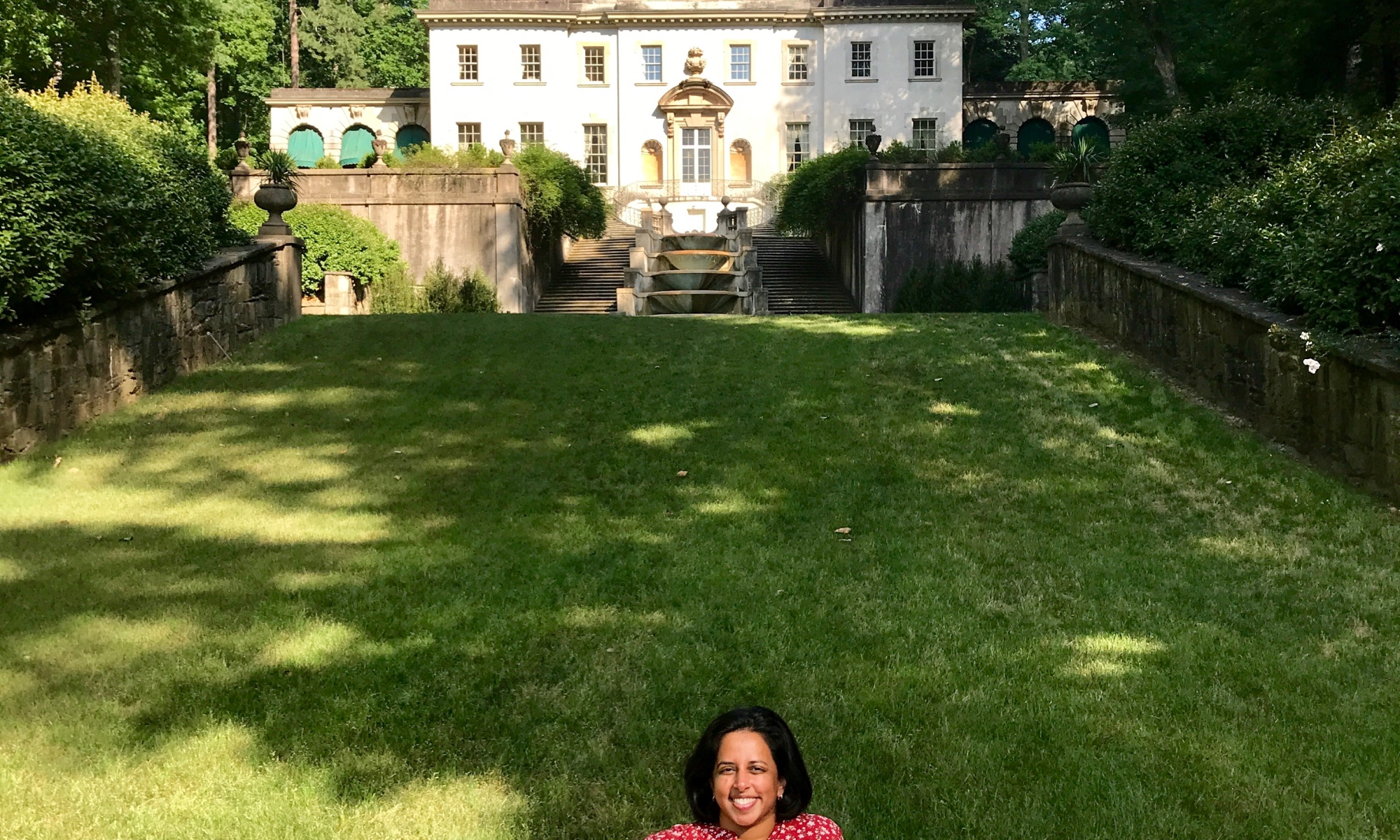 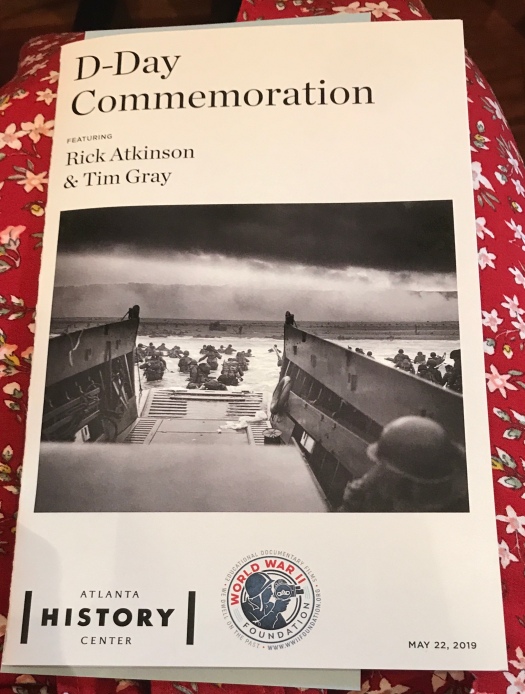 The D-Day conversation was led by author Rick Atkinson & documentarian Tim Gray, and was being filmed for C-SPAN! I will have to check this out.

Atkinson and Gray began by outlining the extensive planning the Allied forces had to go through before launching. This included the importance of weather reports and Eisenhower’s reliance on his meteorologists to determine if the mission could happen during the short window of time they knew the English Channel weather would provide. Eisenhower had a very specific list of the weather and astronomical requirements: a full moon, low tide, light cloud cover, light winds and low seas. In fact, the original invasion was supposed to have happened on June 4, but English Captain James Stagg overrode the American meteorologists and delayed by a day to wait for a nasty storm to pass. 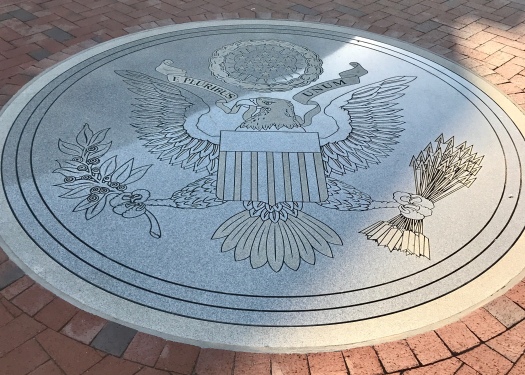 Atkinson mentioned a phrase I loved, “The Coalition of Egos” in reference to corralling all of the opinions of the commanding officers of every country involved in the operation. Eisenhower wooed the British commanding officers so much better than other American officers before him, going so far as to use British terminology in everyday conversation.

Atkinson said there seems to be more appreciation from younger generations in France and Germany for what Americans did in WW2 because they were so directly affected and “freed” by us. 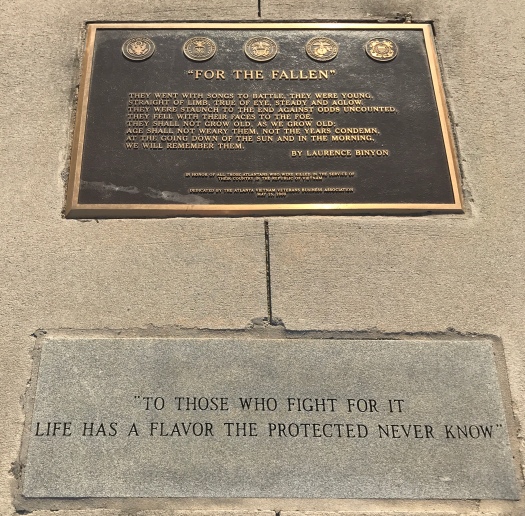 Perhaps one of Atlanta’s most significant contributions (and my favorite, being a University of Georgia Grady School of Journalism grad) was that of Atlanta Journal editor, Wright Bryan. Bryan took leave of absence from The Atlanta Journal to become a string reporter for NBC during the war, so he was the first to broadcast about the D-Day invasion. From his obituary in the AJC:

He covered it from a transport plane dropping airborne troops. The plane flew back to London, and Mr. Bryan went on the air with the news first; other correspondents on the beaches couldn’t get back. He beat more than 600 reporters on one of the biggest stories of the century.

We listened to a portion of his broadcast (2:55 mark).

Major General Andrew Davis, USMC (Ret) CEO of the World War II Foundation, told the stories of five Georgians who were involved in the D-Day invasion:

Take a moment to watch one (or all) of the 22 short films the World War II Foundation has created to tell the stories from The Greatest Generation. They are also requesting that anyone who can share their experiences to do so. As we near the 75th anniversary of D-Day, and next year, the 75th anniversary pf the conclusion of the war, it is clear we won’t have much time to capture these memories from those who experienced it firsthand.

Before I attended the D-Day Commemoration, I conducted an hour and half tour of The Swan House, originally the home of Edward and Emily Inman. Yes, those Inmans. Built in 1928, this home replaced their Ansley Park home which had been severely damaged during several fires. Mr. Inman was only able to enjoy the home for three years, passing away in 1931. Mrs. Inman invited her son and his family to move in with her, where they lived until her death in 1965.

She bequeathed the home to The Atlanta History Center in her will, and the house served as the main part of the museum until the new building was constructed in the 1990s. Major renovations to the Swan House occurred in the 1960s and early 2000s. Designed by Phillip Schutze in a Classical European style, the Swan House looks like it was picked up from an Italian hillside and dropped on the 28-acre tract in Buckhead. 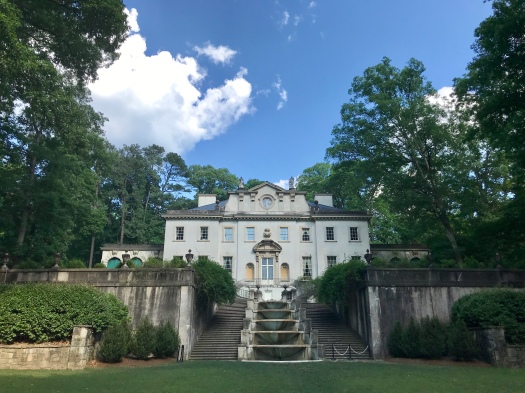 Schutze designed the gardens. The terraced lawn and cascading fountains served as the front yard and “first look” for anyone who visited the home, but they entered from the rear of the home where there was room to park their cars, and the visitors also had a spectacular view of the freestanding staircase. Throughout the home, Mrs. Inman placed swans, a favorite animal because swans mated for life, much like Mr. and Mrs. Inman. Visitors began calling their home “The Swan House” and the nickname stuck.

The architect also donated the contents of his 2-bedroom apartment to the Atlanta History Center. His furnishings can be found throughout the Swan House, and the basement level contains the remainder of his collection, including a hand-painted bourdeloue, circa 1770. This was a new one for me. Apparently, speeches and dinners lasted so long in the 17th and 18th century, particularly those hosted by French Jesuit priest Louis Bourdaloue, that women in their gigantic dresses were unable to leave their seats, so servants would use this bourdaloue to assist the ladies in relieving themselves. The shortened form of bourdeloue? Loo. While it looks like a gravy boat, it was merely a device of convenience for women of the age. Thank goodness we can excuse ourselves and go the restroom ourselves in 2019!

While the furniture is not original to the home, the plaster molding and woodwork are beautifully preserved. They were crafted by H. J. Millard, whose work is also found in the boardroom at Emory Midtown-Crawford Long Hospital, Emory University’s Glenn Memorial Chapel, and The White House and State Department in Washington D.C. I bring up Mr. Millard because his great-grandson, Matt, is a good friend and local architect.

You may recognize The Swan House from The Hunger Games series, where it served as President Snow’s home. Remembrances from the filming remain, including a Panem flag and ornamental (fake) stonework which the studio left behind.

This wasn’t my first time touring the Swan House, but for many others on the tour who have lived in Atlanta for decades, it was their first time. We should treasure the historic homes we do have that are well preserved, especially considering the reputation Atlanta has for destroying historic structures. 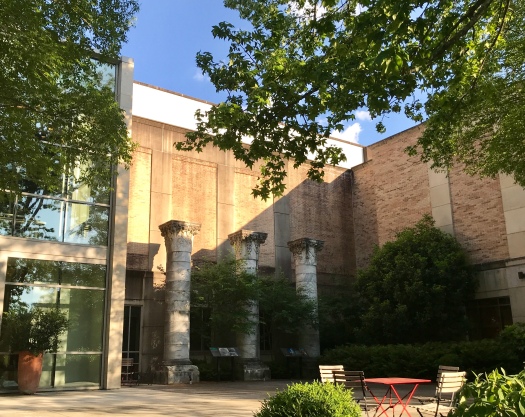 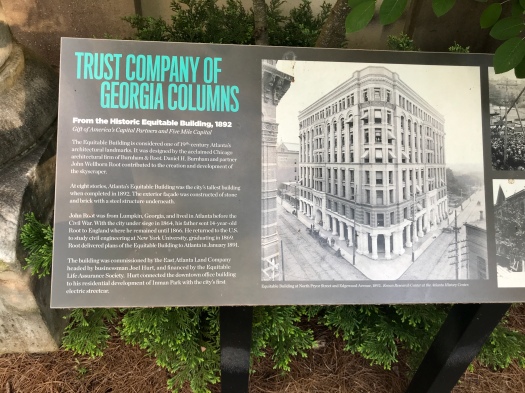 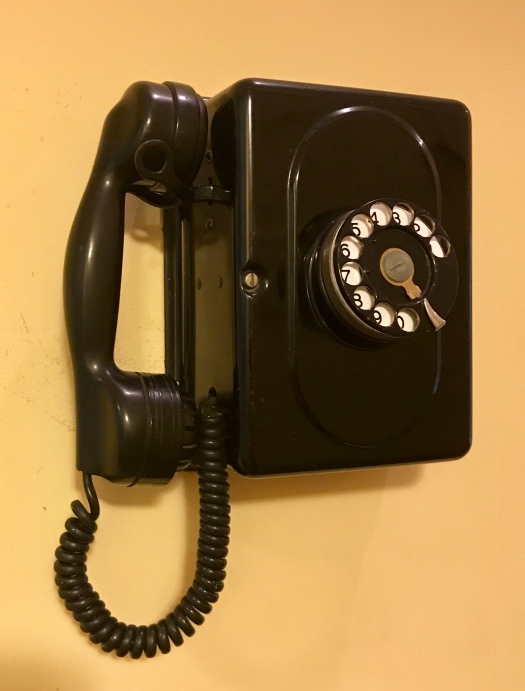 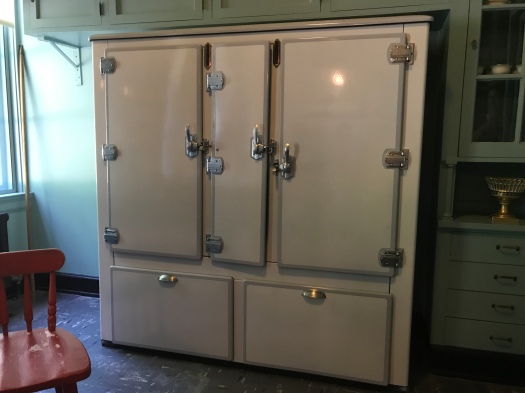 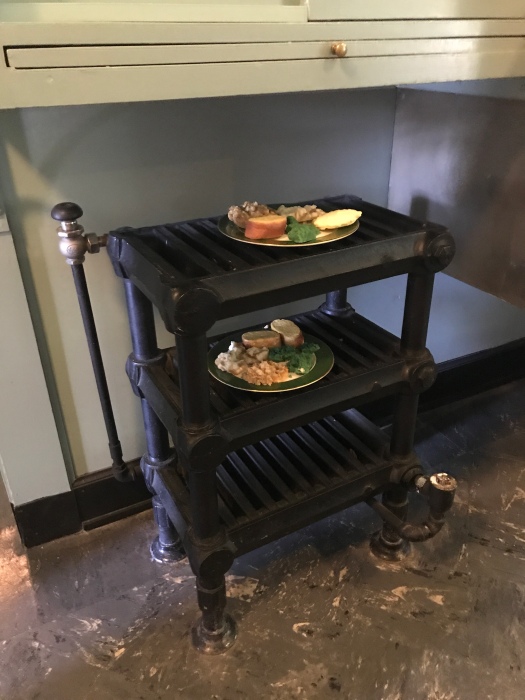 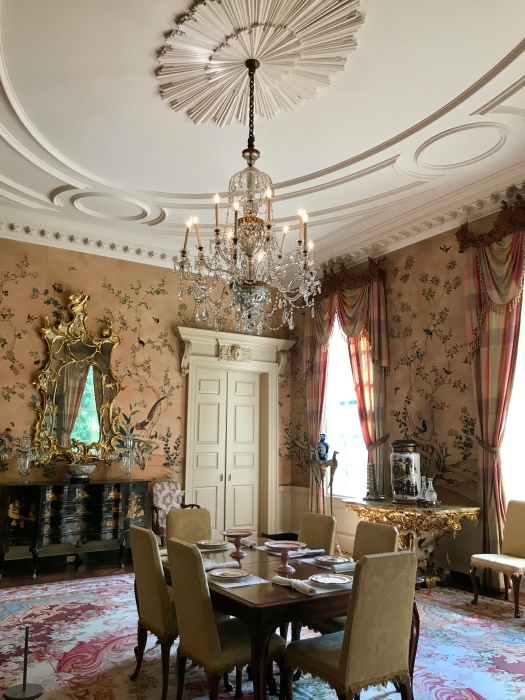 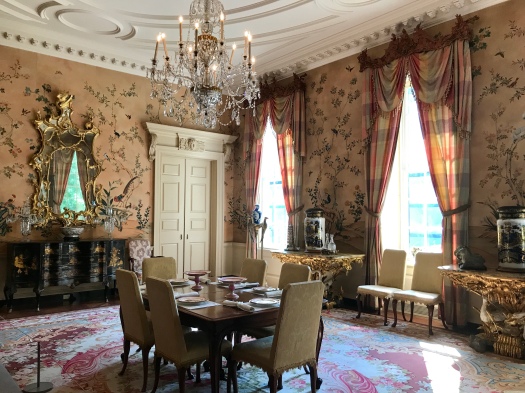